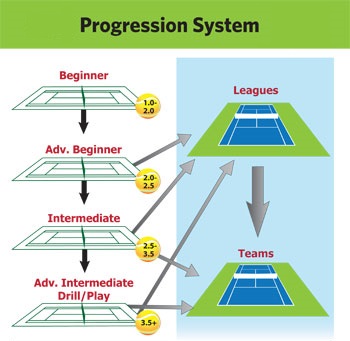 Great job of controlling the flow of the match, hitting with purpose and split stepping between hits.

1. First move into court needs to be forward movement, not back then forward.

2. Hit approach shot on the rise, not as it's dropping.

Self analysis of playing and practice routines.

1. Zone 3 forehand should be hit with front foot forward, not open stance.

2. Good backhand. Find the middle of the strings next time.

3. Strengthen legs. Struggled a bit on forehand out wide recovery.

​Since 1990, I have been a coach, mentor and friend to players of all ages and abilities wanting to take their tennis game to the next level.

I have helped many kids and adults through positive coaching, love and enthusiasm of the game to build self-confidence, culture a foundation of good sportsmanship and the value of effort, all while having fun!​

Whether it be to learn the fundamentals of the game or a winning on-court strategy let's work together to resolve all your athletic goals by ​playing smarter not harder.


﻿ To achieve my missions, I use positive coaching, high-energy, fun and laughter to build and nurture self-confidence and self-esteem in students.   The following life skills are always taught:​​​​

​​​​My goal is to produce a generation of players who love tennis, have confidence, and respect others throughout life.

​​﻿My missions, for students all of ages and ability, are to:

2. Develop the best tennis player that you can be.

3. Respect and love the sport, for a lifetime.